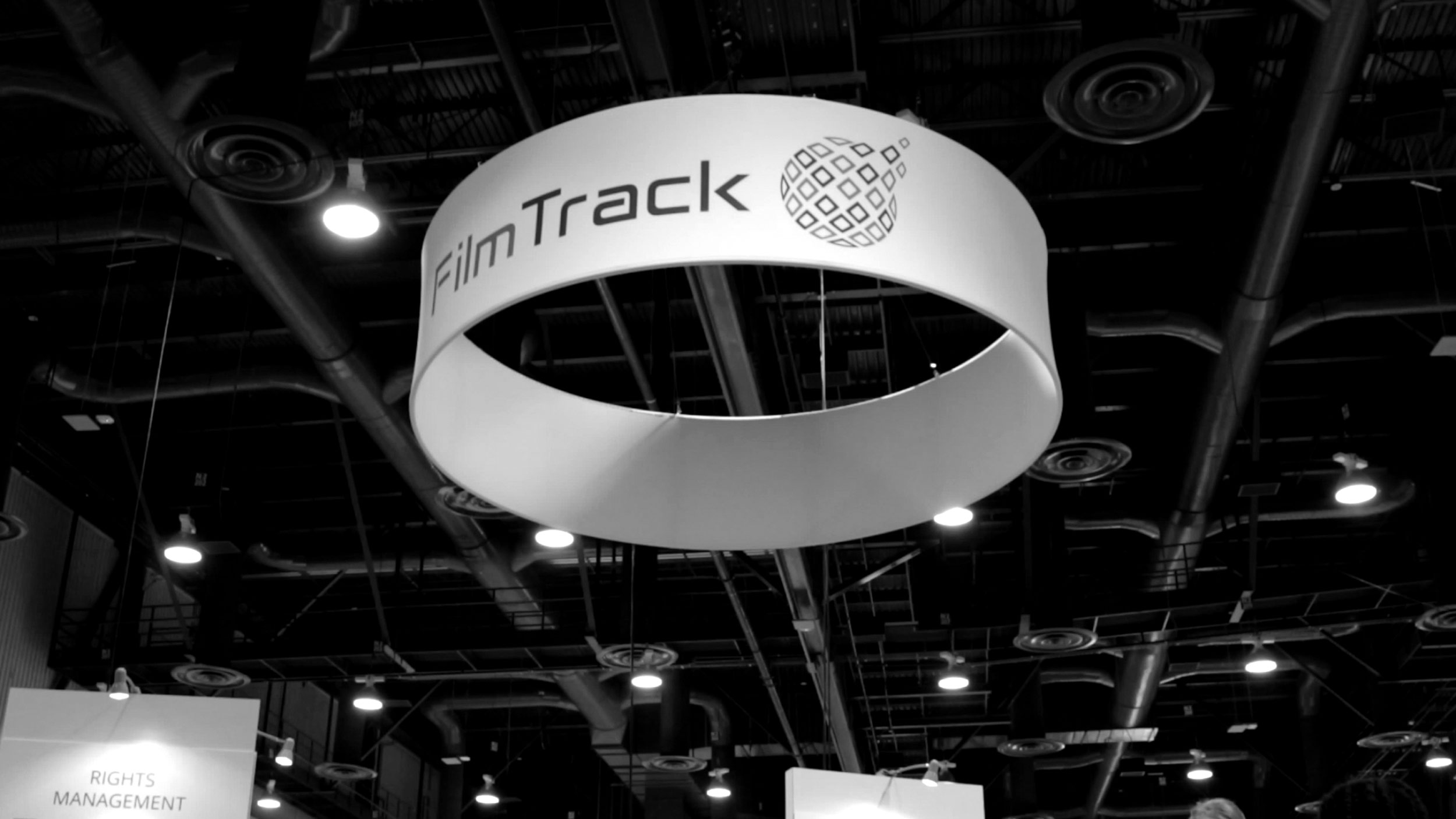 The annual NAB trade show gave me the opportunity to create user journeys in digital and physical space to educate, evaluate, and engage with IP industry professionals.

On this project I worked with a Product Marketing Manager, VP of Marketing, four Product Managers and department heads across the company including the CEO and COO. I worked with an outside design firm specializing in trade show booth fabrication.

The NAB Show in Las Vegas is an annual convention and exhibition space where 100,000+ media and entertainment industry professionals gather to share and discover innovative technologies that reshape the reality of media. FilmTrack is an enterprise SaaS company that primarily serves the global media and entertainment industry. The company’s software facilitates intellectual property management and allows its clients to maintain complex contracts and recognize untapped revenue. I managed a variety of projects for FilmTrack during my time there working in a cross-functional role as a project manager. I was responsible for marketing-related web properties as well as designing the company’s presence at global events. My focus was to design the digital and in-person experiences for attendees at the NAB Show. This focus involved UI design, custom illustrations, email development, and journey mapping based on a number of existing user personas. 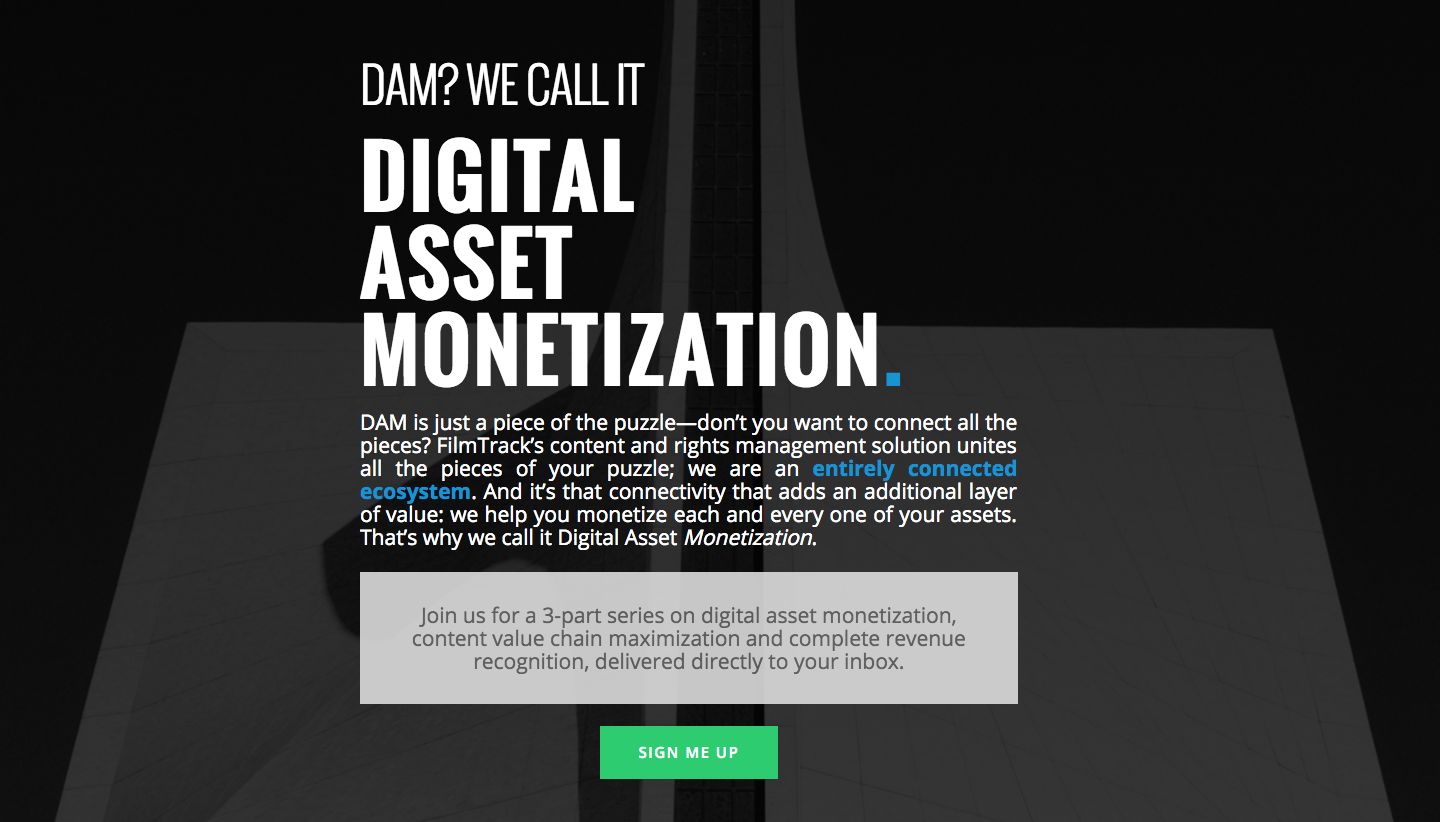 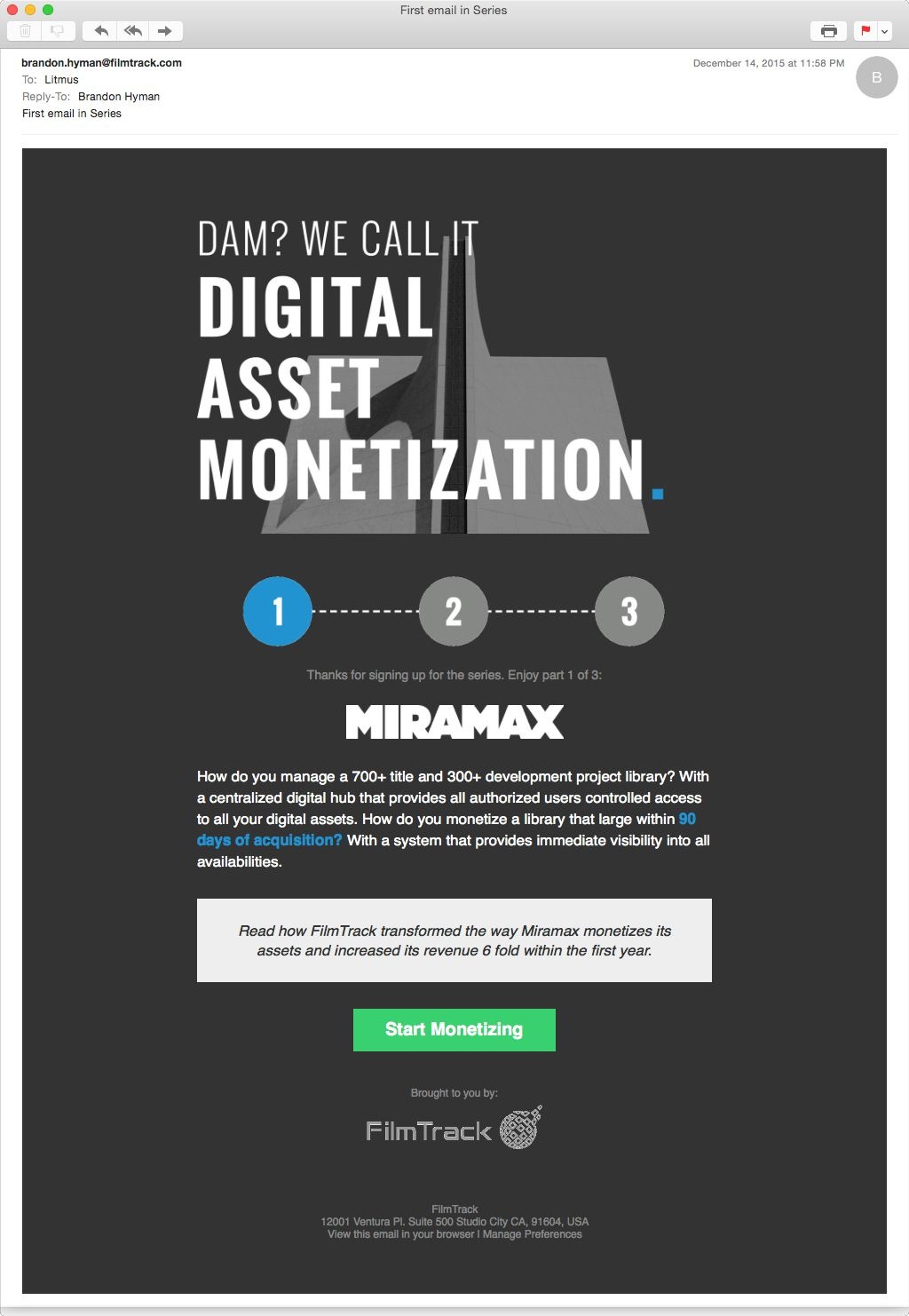 The NAB show was one of the largest single gatherings of companies that could benefit from FilmTrack’s software. Challenges at the event were similar to existing challenges, chiefly, educating members of an industry using legacy systems on the benefits of using SaaS solutions to replace tedious and outdated methods. As a broader business goal, this challenge influenced every design and creative decision at a base level. Starting in the October before the April event, I focused on creating interfaces that would guide prospects through an understanding of our platform, keeping a focus initially on the user’s pain points and limited understanding of a software system to manage intellectual property.
In addition to introducing potential users to our system, my team was tasked with debuting two new partnerships. These partners would integrate with our platform and their presence and benefits needed to integrate seamlessly with from the user’s first interaction online, through their physical journey through our booth. My team developed the following goals to determine the effectiveness of such a large-scale event: 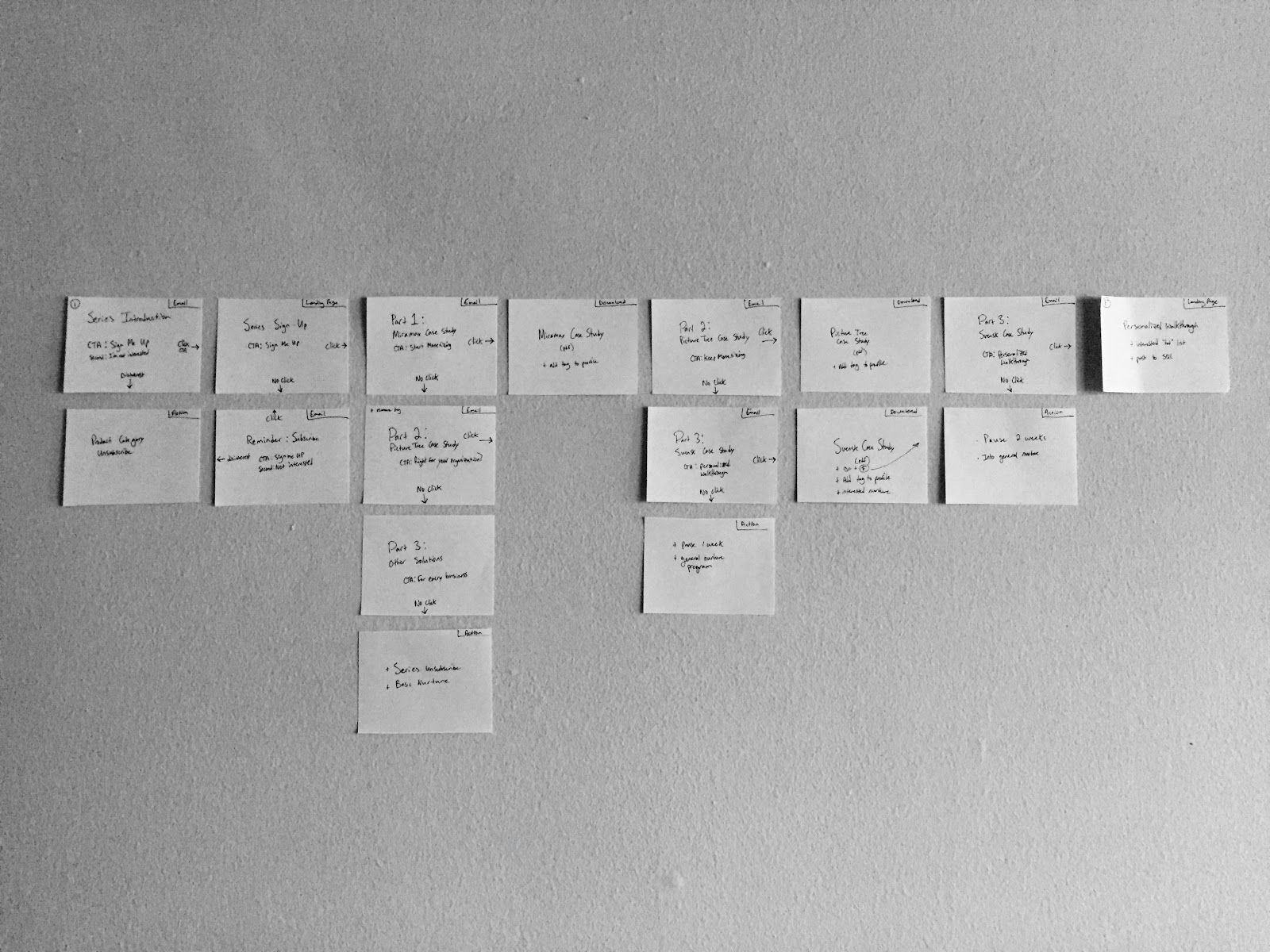 This was the company’s first booth at this particular event, so this opportunity would serve as a coming-out for the brand. This fact increased the need for pre-event campaigns to raise awareness of the company’s physical presence at the event. The marketing team had a limited budget and a sizable booth, so portions of creative materials needed to be created in-house. This limited budget went primarily to create a better in-person experience, so my team used HTML email as a primary channel to educate and attract attendees. 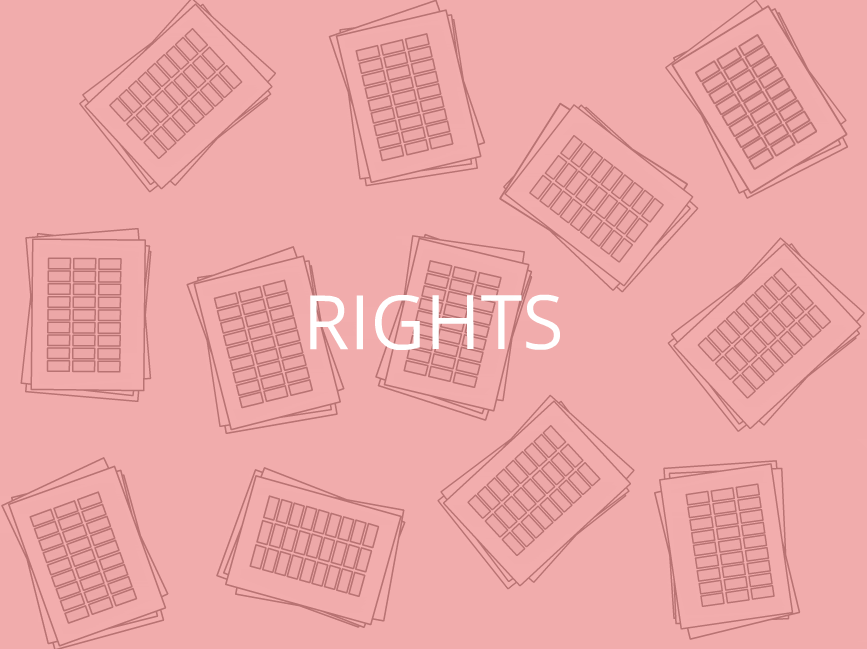 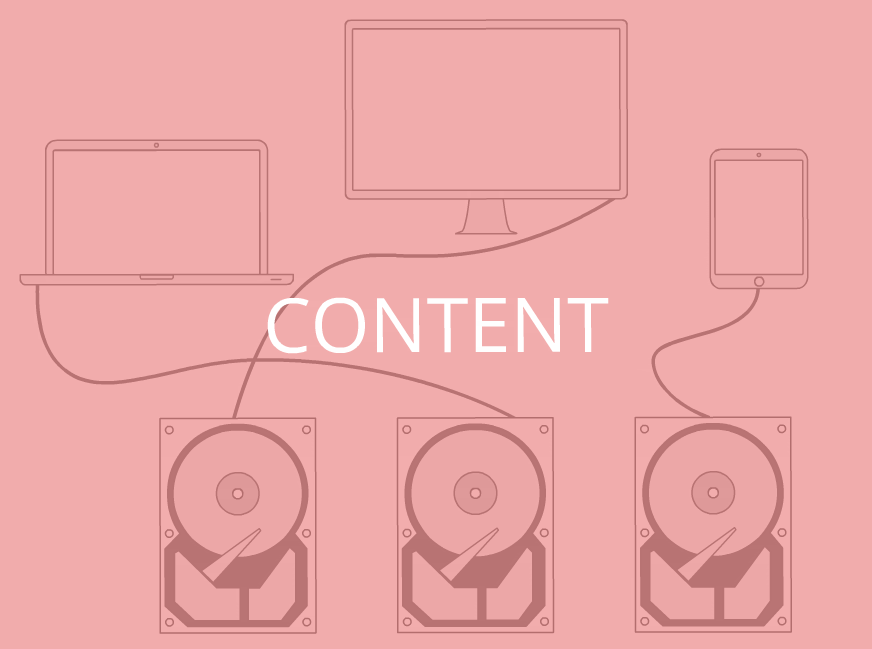 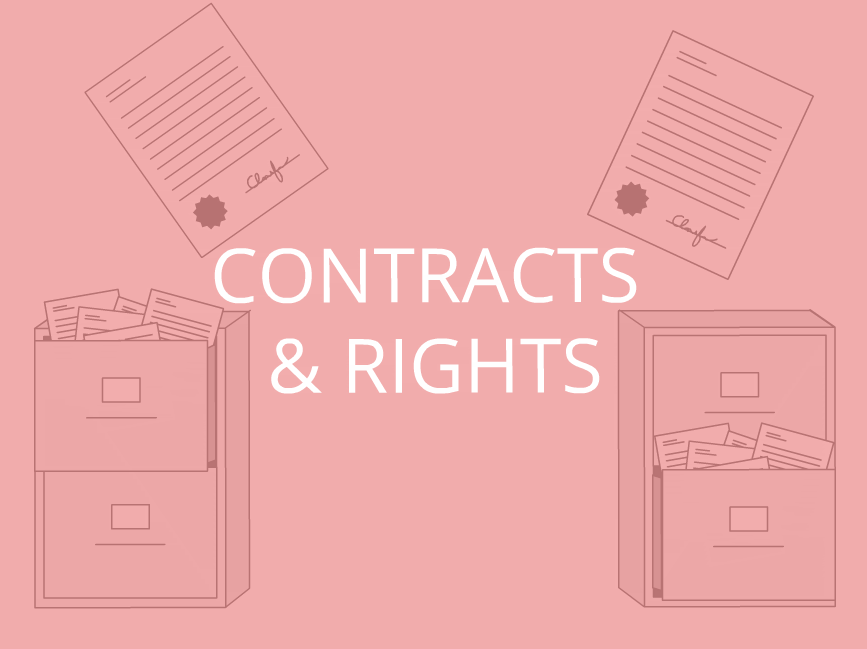 We began working early with our booth vendor to scope out costs and logistics for our initial designs. Budget and time influenced which journey we were ultimately able to implement. We initially tried a unique and exciting journey that led a visitor through the lifecycle of a piece of intellectual property, from ideation through distribution. This approach, though costly, ultimately failed due to the logistics required in funneling participants through such a linear progression. Taking into account how traffic would come in waves over the course of the week at the show as well as the number of physical demonstration pods and booth staff, we settled on a more traditional approach.

‍
The team decided to work backwards from the outline of the in-person experience to bring visual and linguistic elements into the pre-event communications. The final booth would guide attendees from a general registration area into areas focused on the needs of the individual attendee. Since the software services enterprises across a broad array of business units, it made sense to focus on the individual needs of a user or department within a company than at a macro level where only top executives would be viewing the platform. We segmented the use cases into individual demonstration pods and kept several pods available for our partners. The pods would primarily serve one use case, but would be fitted to be able to present any of the use cases to allow for flexibility in booth staffing and traffic.

Moving backwards, I focused the communications strategy on speaking to customer pain points. My team worked with our partners and several existing clients to produce two case studies specifically for this event. The information gathered from these studies influenced what when into the main communication channel. I developed a 12-part email journey targeted towards an existing database of leads. This database was made up of individuals and companies who had requested more information about our platform or had otherwise given our company permission to communicate with them. The individuals were diverse and ranged from contract administrators to CEOs. To target our communications, I segmented recipients into different journeys based on the profile they most closely matched. From here, I worked with a Product Marketing Manager to develop content and map out this journey. I was responsible for the development of the templates for these communications as well as the managing the automation of their deployment. 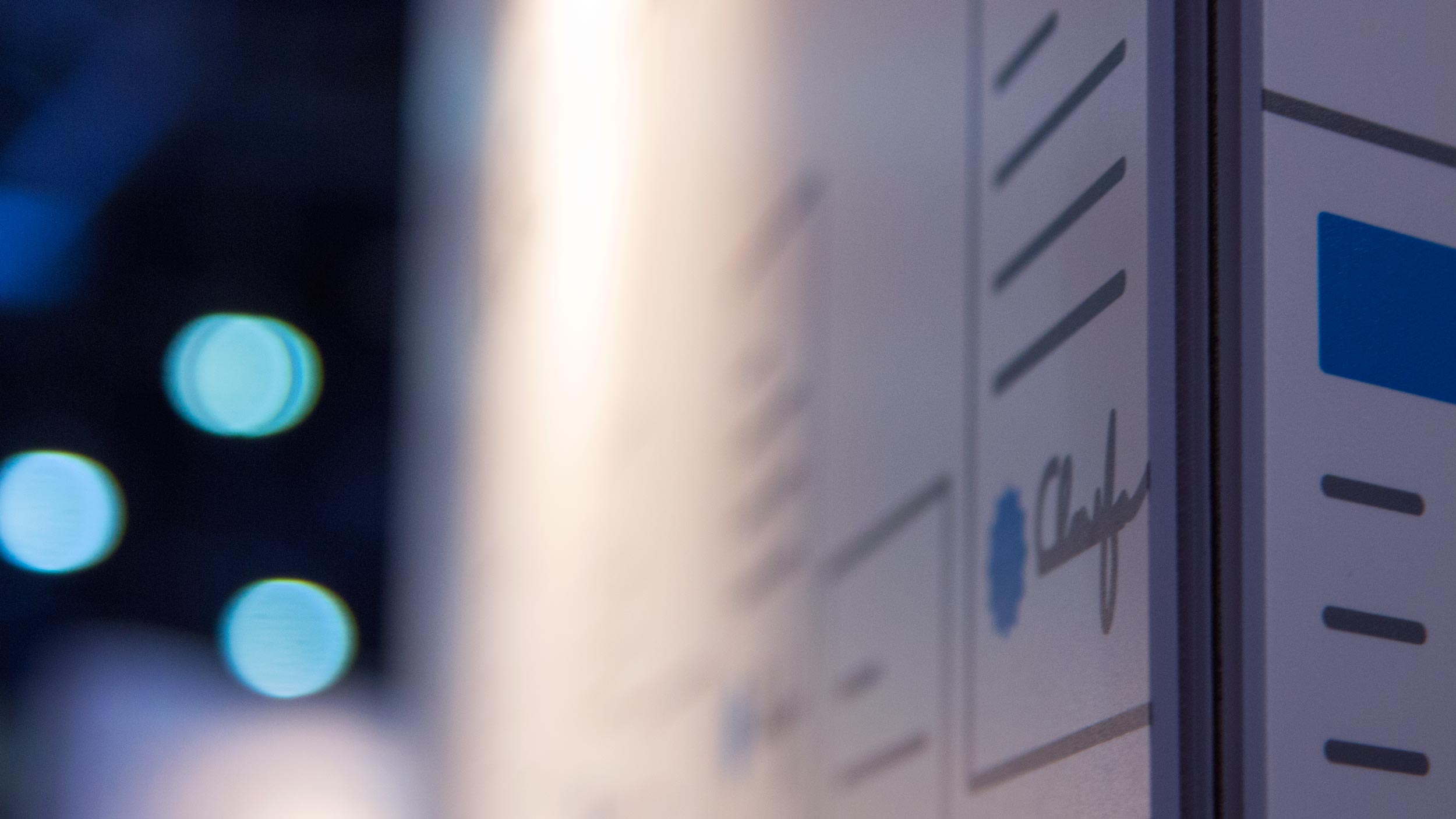 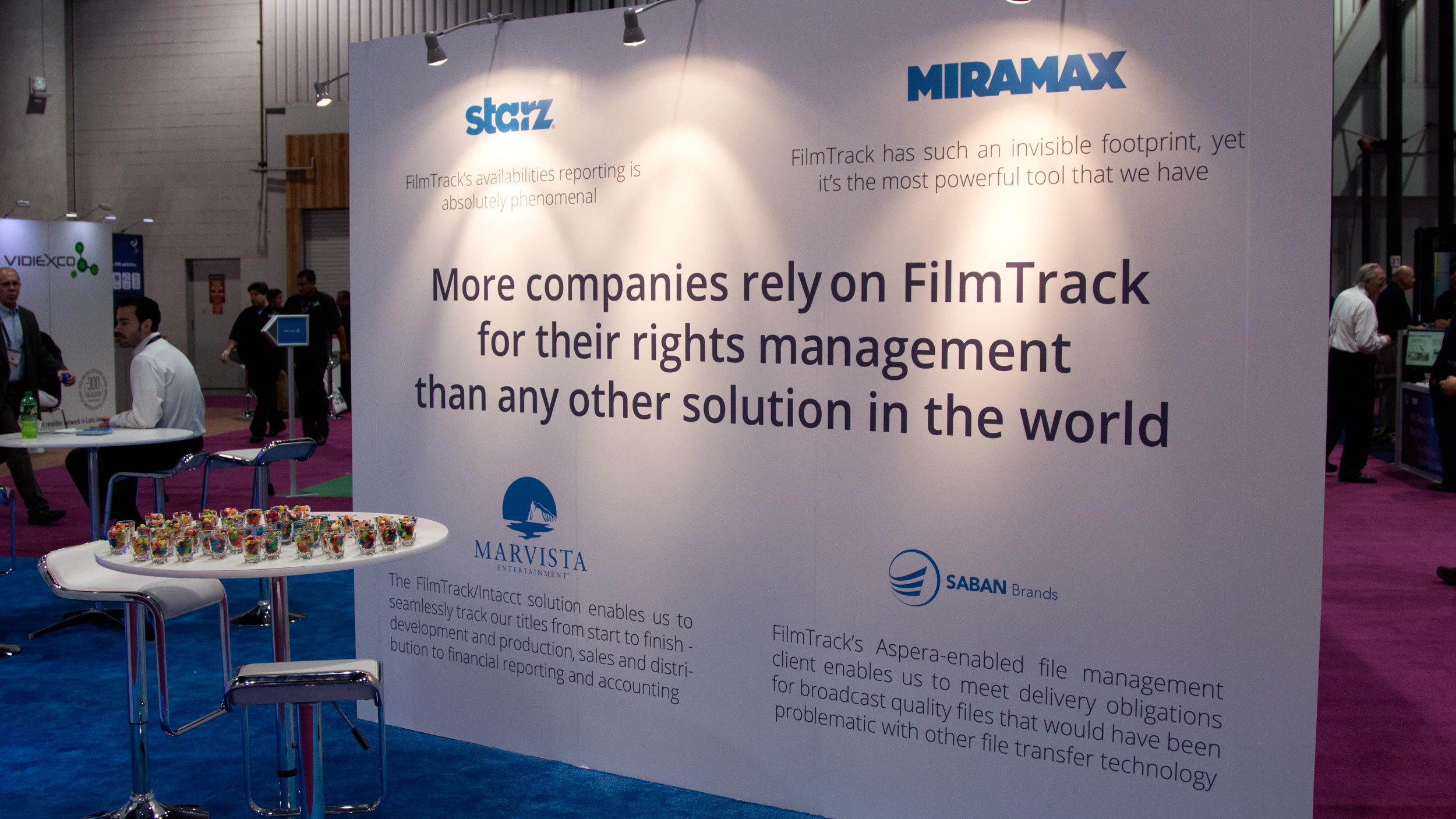 The communications led to a 146% increase over prospect targets set by the marketing department. This large number of prospects produced a generous number of on-site meetings. Due to the long-term sales cycle involved in enterprise sales, it’s difficult to determine the exact impact this event and it’s communications had on sales, but within 12 months we already began seeing deals close that had this event or its communications as an early touch point.

I developed visual elements and the team produced collateral that could be repurposed at various events throughout the year, reducing spend on creative annually. Leads captured from the NAB show had a 20% higher engagement rate over the next 6-12 months than leads captured from any other source.